Disclaimer: The information presented below is meant to serve as a guideline on the things you need to know about both federal and state wage and hour laws and isn’t supposed to be a substitute for qualified legal advice. To know more about wage and hour law, you should contact an employment law attorney who can walk you through both its ins and outs.

Finding a new job isn’t easy, so you may have decided to stick with your current one. However, your employer may have been making you work long hours for very little pay against your will. You’re not alone in your dilemma as the American Psychological Association found out that more than one out of three workers in the United States are overworked and underpaid like you. The good news is that you can take legal action against your employer as wage and hour laws protect your rights as a worker. But as you may barely have any idea about wage and hour laws; below are some of the things that you need to know about them.

1. At a bare minimum, the Fair Labor Standards Act or FLSA safeguards your wages and working hours.

Even if it’s been less than 80 years since it was first signed and put into effect, the Fair Labor Standards Act or FLSA still serves as the primary wage and hour law that’s supposed to benefit most workers across the entire country.

2. If the state where you’re currently working has set a standard minimum wage that’s higher than the $7.25 per hour provided by the FLSA, its wage and hour laws protect your rights as a worker.

30 out of 50 states took it upon themselves to set a minimum wage rate that’s higher than the one indicated in the FLSA.

3. If you’re a worker in a profession where you’re allowed to receive tips from your customers, your employer is allowed to pay you less than either the federal or state minimum wage rate, whichever is higher.

Some employees supplement their basic salary with tips coming from customers who were more than satisfied with the service that they provided.

In an ideal world, every person who’s gainfully employed is supposed to be asked by their employer to work at least eight hours a day and given the right amount of pay for doing their job well. Unfortunately, not all employers are like that in reality. If your current employer has been asking you to either render more than eight working hours every day or work for what amounts to spare change, it would please you to know that wage and hour laws safeguard you and your fellow employees’ rights. Knowing these laws is important especially considering special circumstances, such as situations of wrongful death or car accidents, of which this site can help you get acquainted with. However, you would want to know the above-listed laws regarding wage and hour laws first and contact an employment law attorney before filing a lawsuit against your employer. 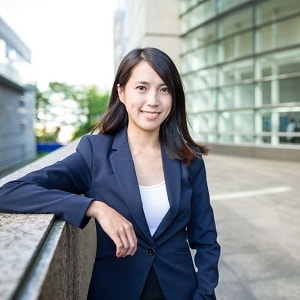 P.S. Many thanks to Adeline Robinson for providing this valuable material. Adeline Robinson is one of most promising young law writers. She writes pieces on law topics for common readers. She is an avid sports fan and loves watching games if she has free time.